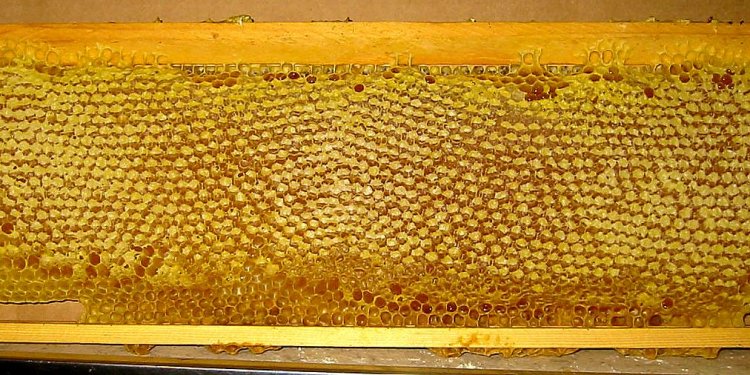 Foundationless beekeeping is known as “radical” by some, but top-bar hive (TBH) beekeepers have already been doing it for years. The theory is easy. In the place of providing pre-formed and stamped commercial foundation towards bees—you let them build their very own.

There are many real benefits to going foundationless. The most popular reason is commercial foundation is made from recycled wax. Different researchers have actually tested commercial foundation and found that it is usually full of pesticides—especially the beekeeper-applied acaricides, coumaphos and fluvalinate. These deposits are not advantageous to the bees nor will they be good-for men and women. By going foundationless you can avoid this publicity.

Another preferred reason is mobile size. The commercially stamped fundamentals are of a bigger mobile dimensions compared to those present nature. At one point beekeepers believed bigger bees were much better bees but which have perhaps not in fact proven. Having said that, many people believe smaller cells produce a lot fewer mites, but as much as I can inform, that hasn’t shown both. What exactly is obvious, however, usually bees remaining on their own will build smaller cells. Why maybe not let them?

A 3rd explanation is drone production. Colonies on foundation build approximately 5-10percent regarding the cells for drone manufacturing, while bees on self-designed brush will build up to 20% of this cells for drones. Although high drone manufacturing is usually viewed as a negative—drones need most power but don’t produce anything—recently deficiencies in top-quality drones for mating is named as a possible reason for decreased vigor in honey bee colonies.

a 4th cause for foundationless is bees seem to develop brush quicker when they are not constrained by preformed cells. Predicated on my own experience this appears to be real, although I’ve never ever sized it.

The largest downside to foundationless is it's a little harder to get the bees to put the comb directly inside structures. If you don't provide them with a guide of some sort they will build all of them crosswise or catty-corner. It is not hard to get over, but as any TBH beekeeper can let you know.

Removing could be more hard, especially if the bees have actuallyn’t linked all four edges of brush towards framework. For strength reasons, foundationless beekeepers often go with mediums in the place of deeps for everything they want to put into an extractor.

A third disadvantage is the fact that beekeeper must alter their means of managing frames. Frames where in actuality the brush is linked only towards the top have to be held vertically or rotated like a ship’s wheel. They can’t be flipped over laterally considering that the fat of comb might cause them to split from the framework. Again, by viewing a TBH beekeeper manipulate their structures, you'll quickly learn how to do that.

In a subsequent post i'll clarify just how to effortlessly transform a Langstroth-style hive to foundationless and review a few of the management practices which are used.